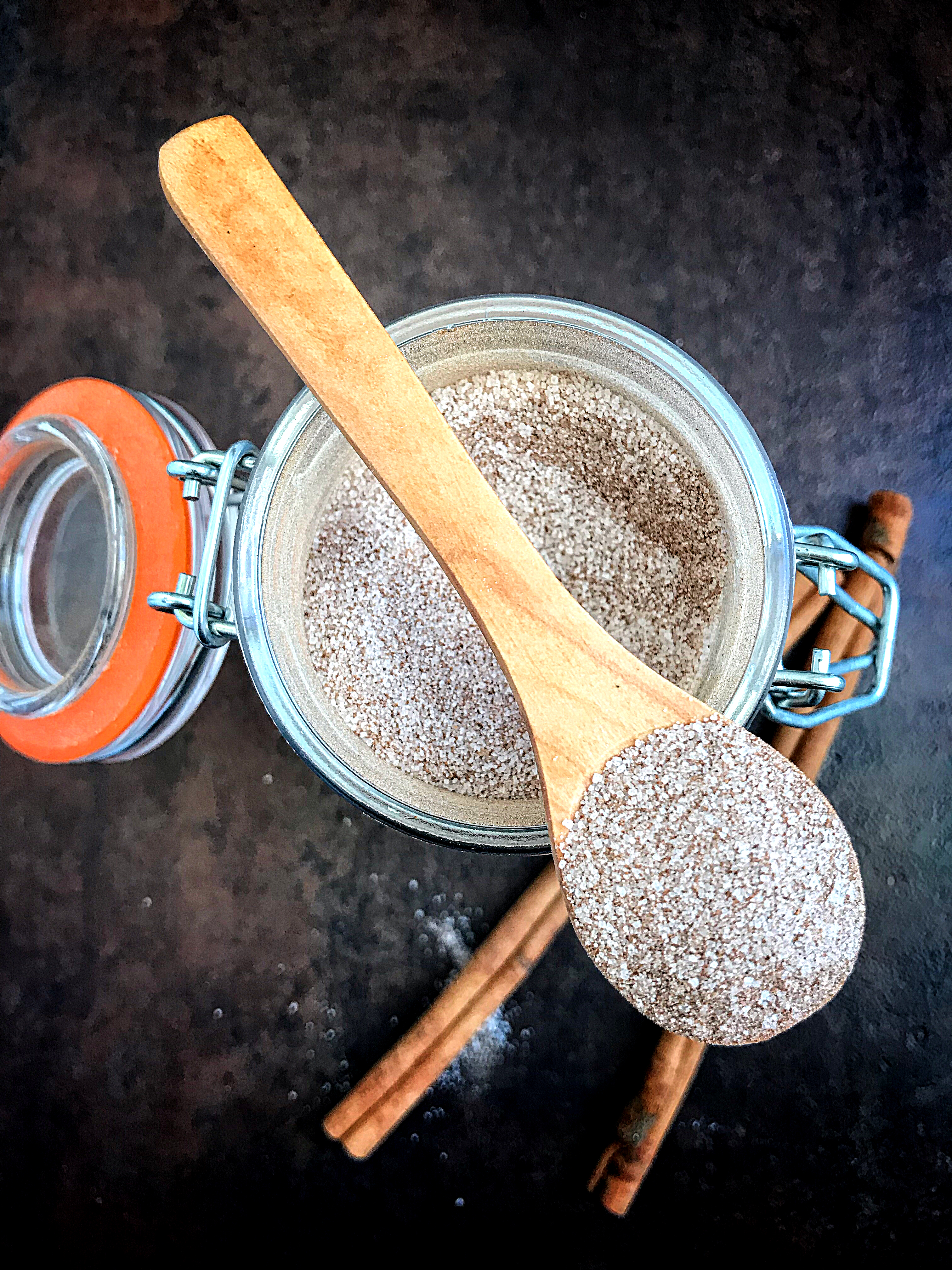 This recipe for cinnamon sugar is one is the easiest recipes you will ever make and is so hard to mess up. Cinnamon Sugar is made from 2 readily available ingredients. And if you are like me, you probably have those 2 ingredients in your pantry right here and right now.

And what are the pantry staples in question here? - Granulated Sugar and Cinnamon. Cinnamon is a very unique spice which I love so much. It is extracted from the inner bark of certain trees from the genus cinnamomum.

It tastes amazing when sprinkled on some Nigerian snacks like doughnuts, puff puff, buns, and even Chin chin 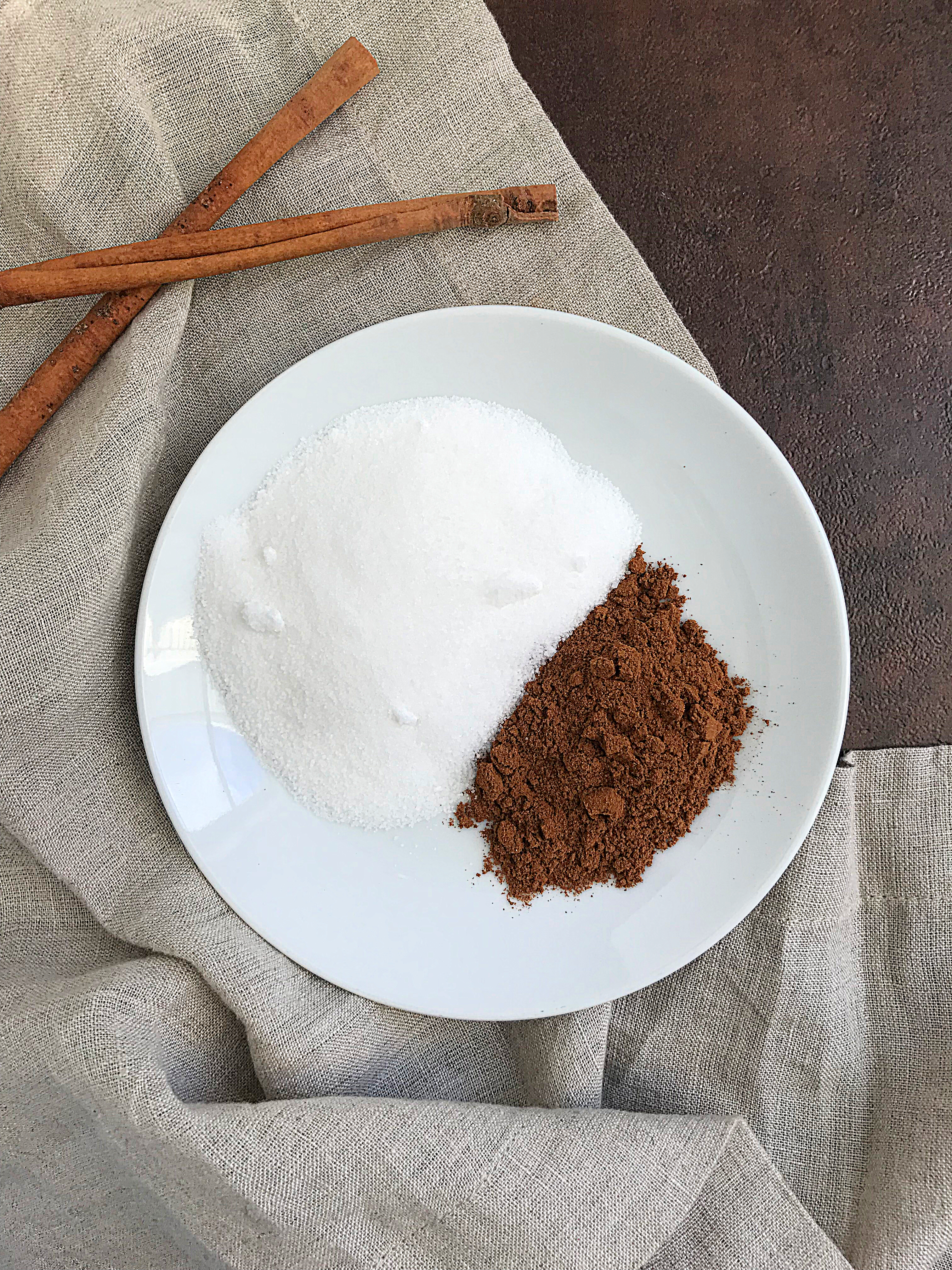 What is the Cinnamon Sugar Ratio?

The ratio of cinnamon to sugar in a cinnamon sugar blend will really depend on individual preferences. How much of cinnamon do you like to taste in a recipe kind of thing.

The standard ratio is usually 1 part cinnamon to 4 parts sugar which mathematically represented means a ratio of 1:4

How to make Cinnamon Sugar

Cinnamon sugar is available commercially but I love  to making things from scratch if I can help it. Like my homemade Brown sugar. Besides this is easy to make and less expensive. So why not???

If you are on a low carb/ sugar free diet not to worry I've got you covered. I made a keto cinnamon sugar where I substituted can the sugar in this recipe with erythritol. You can also substitute with Monkfruit erythritol blend. 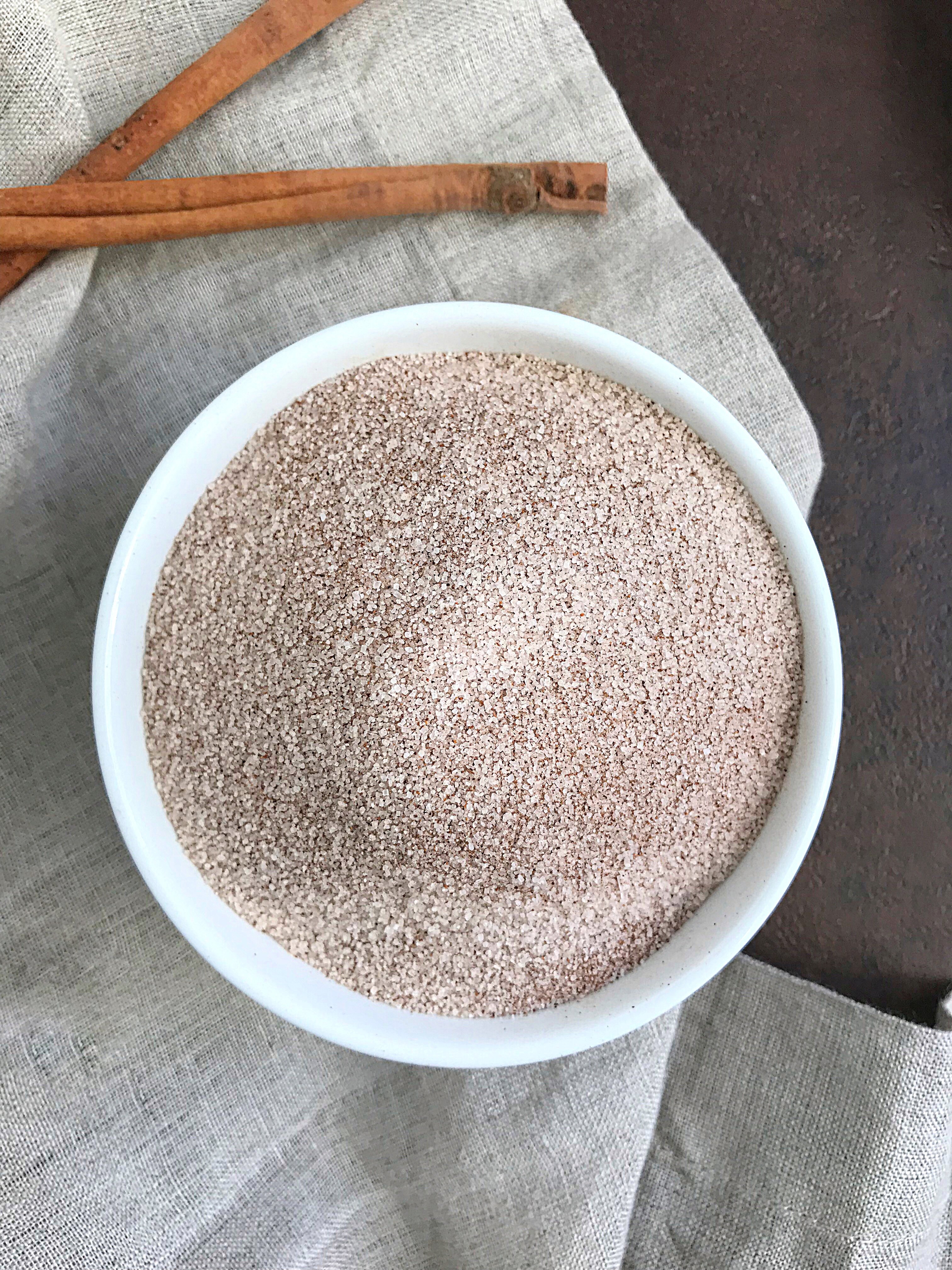 What is Cinnamon Sugar Used for?

Now here are some of the things you can use this cool sugar to do. You are only limited by your own imagination. Below are a few ways to use cinnamon sugar.

Sprinkle it on the perfect oatmeal porridge 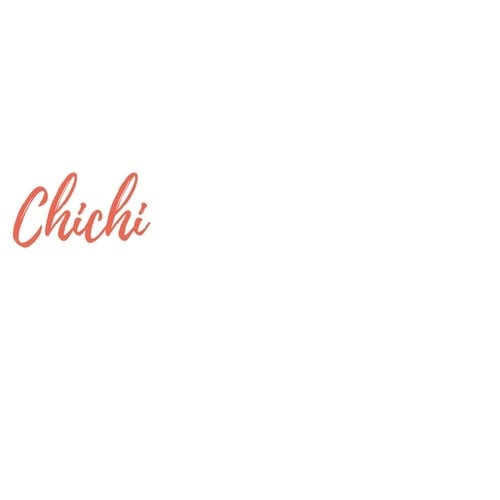 PS: Dropping your comments in the comment section below would make me smile.

Still want some more? Subscribe and get new recipes sent to your inbox for free. Then Join fellow food lovers at cooking with Chichi our free cooking club. See you on the other side. 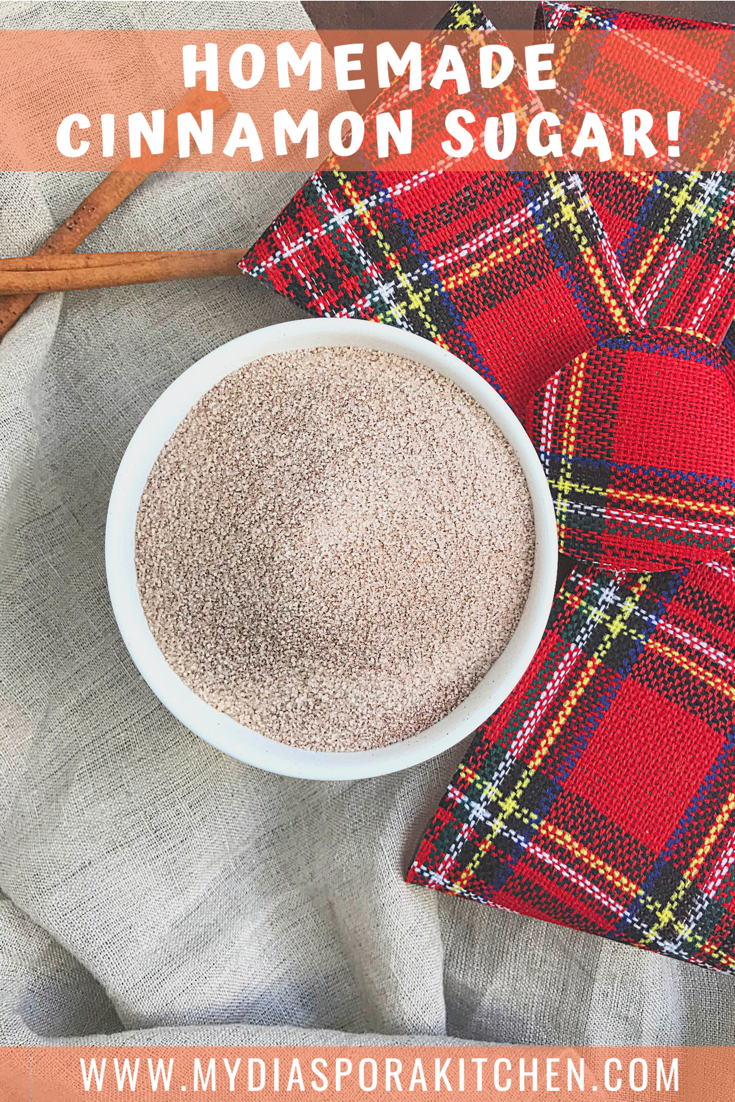 ** I use 1 Tbsp. You can use more or less. I think a good range would be  ½ - 1½ Tbsp. For me, the  maximum quantity for Cinnamon in this recipe should be 1½ tablespoon otherwise the Cinnamon flavor will be overpowering. But it really depends on your taste. Feel free to experiment.

See? Easy Peasy. So the next time a recipe calls for cinnamon sugar go with confidence. ?

Note: If you are on a sugar free diet. Substitute the sugar with Erythritol ?

More recipes you may enjoy

So… what do you think? Cancel reply

This site uses Akismet to reduce spam. Learn how your comment data is processed.