No Yeast Cinnamon Rolls are a quick and easy variation of the cinnamon rolls we all love. Ready in about 30 mins, this time saving cinnamon rolls recipe would soon become your staple for when you need a quick fix. With an easy step by step collage, this post will show you exactly how to make these homemade no yeast cinnamon rolls from scratch.

Click here to Pin these delightful cinnamon rolls for later

Cinnamon rolls are simply delicious little bread rolls filled with the most delicious gooey filling - delightfully decadent slather of butter, cinnamon and brown sugar. Then rolled up and baked making the rolls look all swirly. Are you hungry yet?

This Dreamy, pillowy no yeast bread dough filled with the aforementioned delicious gooey filling of butter, sugar and brown sugar is the heavenly.

These No yeast cinnamon rolls are a little different from the other gooey cinnamon goodness I have on the blog but also super delicious.

The major difference is that these are yeast free and egg free and gets ready in about 30 mins from start to finish. No dough rising wait I promise. 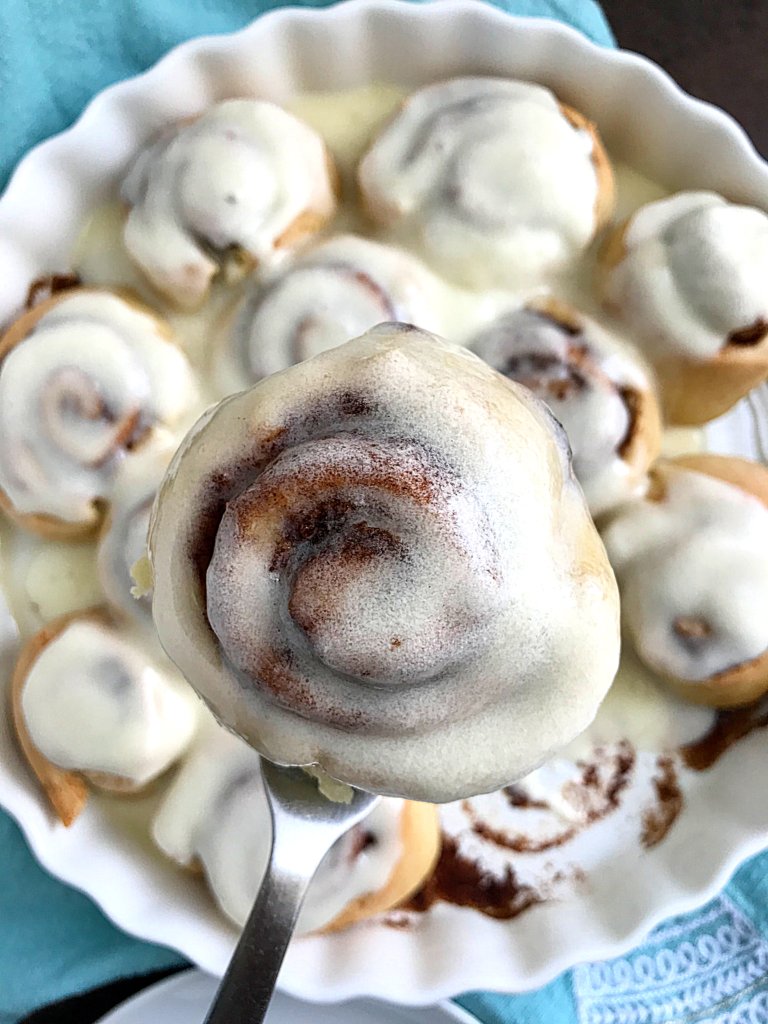 Because there isn't yeast in these cinnamon rolls, they are not as fluffy and bread-like as these yeast cinnamon rolls but they are still soft, succulent and delicious.

Cinnamon rolls with no yeast are best enjoyed same day but trust me on this one, they never last that long, not in my house for sure.

If in these cinnamon rolls have no yeast and no eggs, then what is the rising agent? I know you guessed right. It's the baking powder in the self rising flour.

Yep no yeast recipe is made with self rising flour, which you can easily make at home.

How to make No Yeast Cinnamon rolls.

Good quality butter ( for dough and for filling )

Your God given hands or a stand mixer

Mix the flour, butter, white sugar and milk till it comes together in a ball of dough.

*Don't have brown sugar? Make yours! Did you know you can make your own brown sugar at home? Find out how in this post. While you are at it, also check out this post on how to make homemade self rising flour.

Ingredients for the cinnamon roll icing

If you don't have icing sugar at home, you don't need to dash to the store just for that. You can make yours by following the steps in this post. 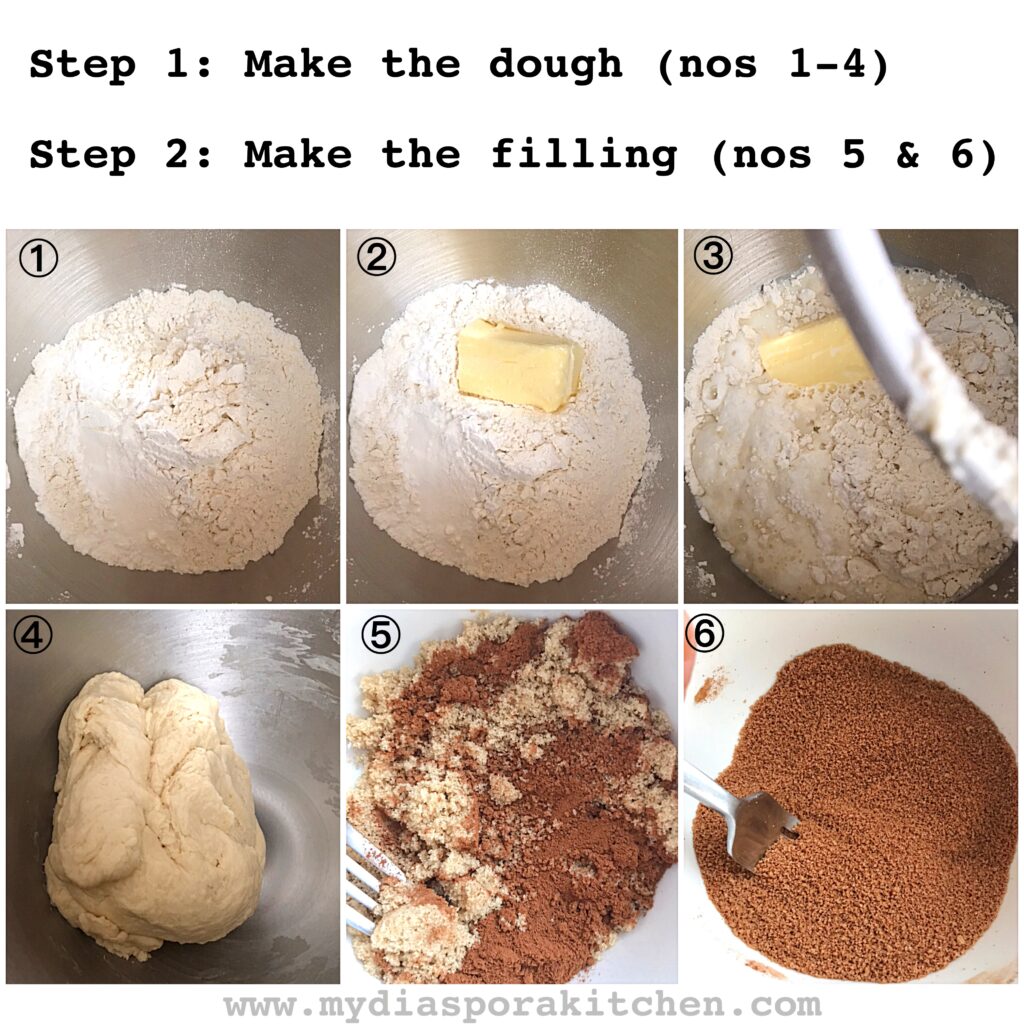 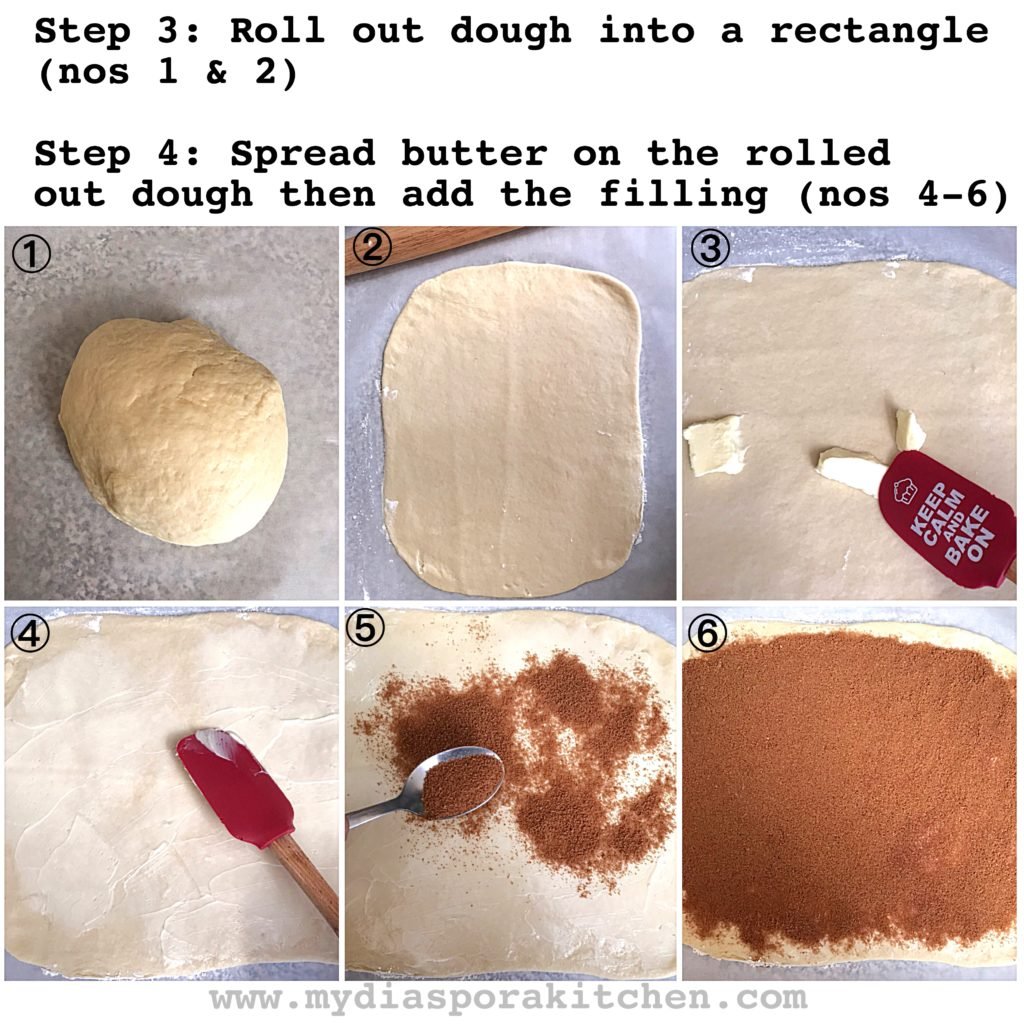 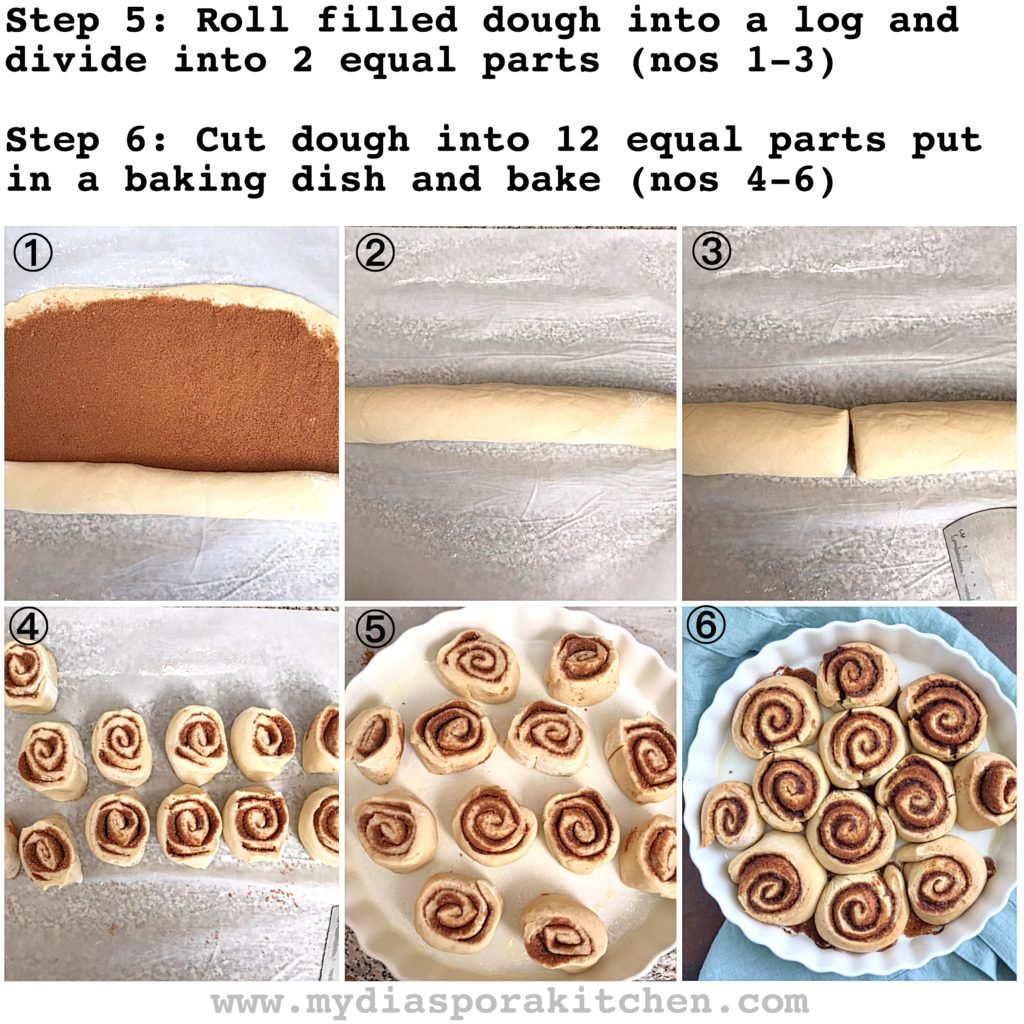 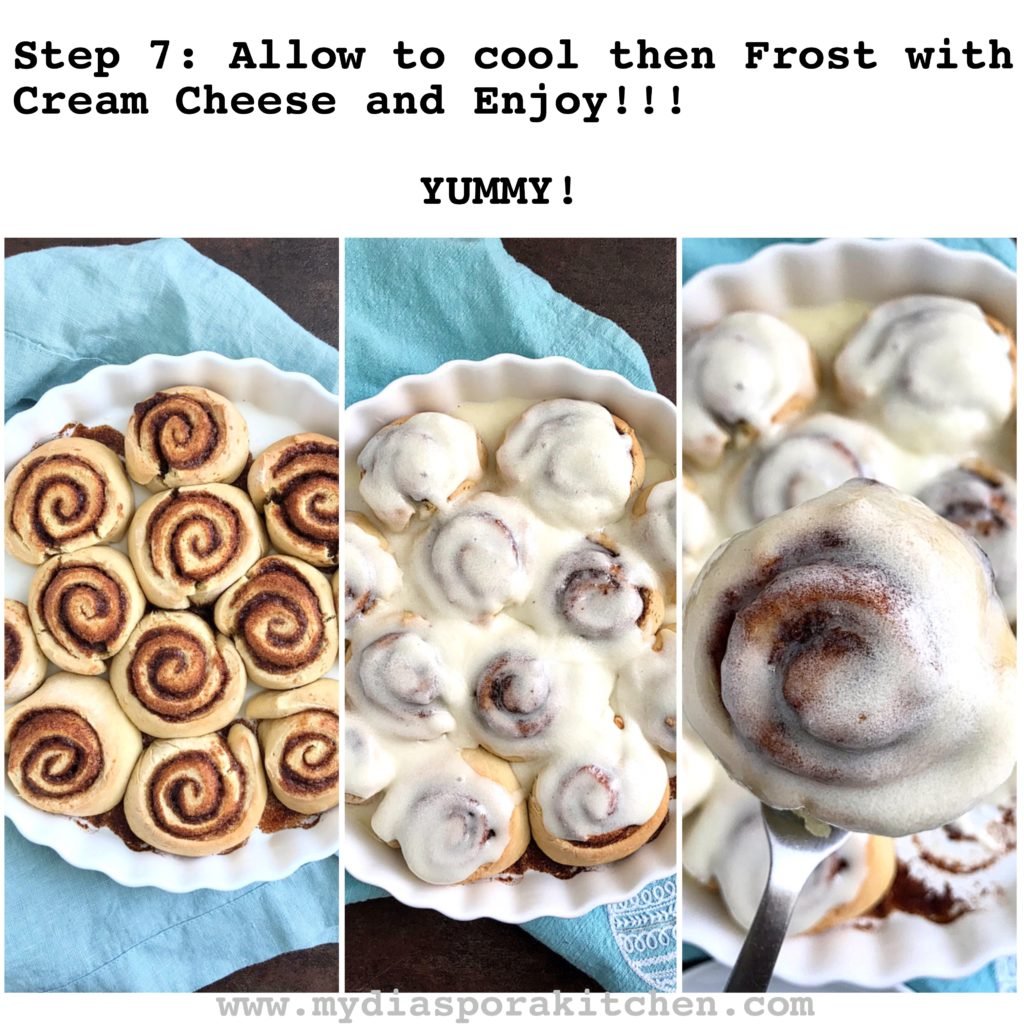 Truvia sugar blends are made up of sugar, erythritol and sweet leaf. It bakes and browns like sugar with 75% less calories than sugar. I used it in my Brown sugar cinnamon cookies and loved it.

Can This No Yeast Cinnamon Rolls be made Vegan?

Yes you can veganize these No Yeast Cinnamon Rolls. Simply swap out the ingredients below and make yourself some vegan no yeast cinnamon rolls.

A little bird told me you will be making this delectable breakfast soon. That's awesome!

Visit the links below to view stuff you might need to make the best no yeast cinnamon rolls!

Love cinnamon anything? I do too. Below are some more cinnamon recipes on the blog other readers are raving about.

Did you Enjoy this recipe? Or found the post helpful? Remember to SHARE with family, friends and in your favorite Facebook group. There is love in sharing. 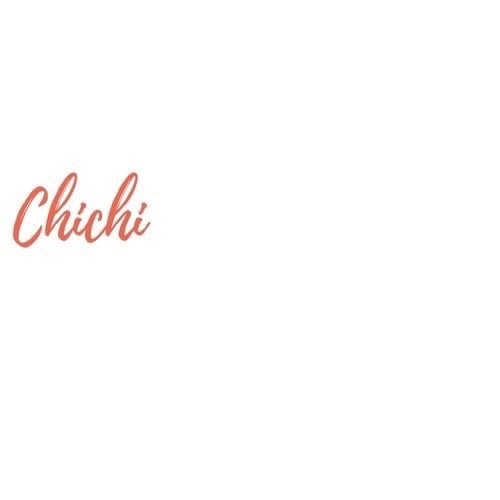 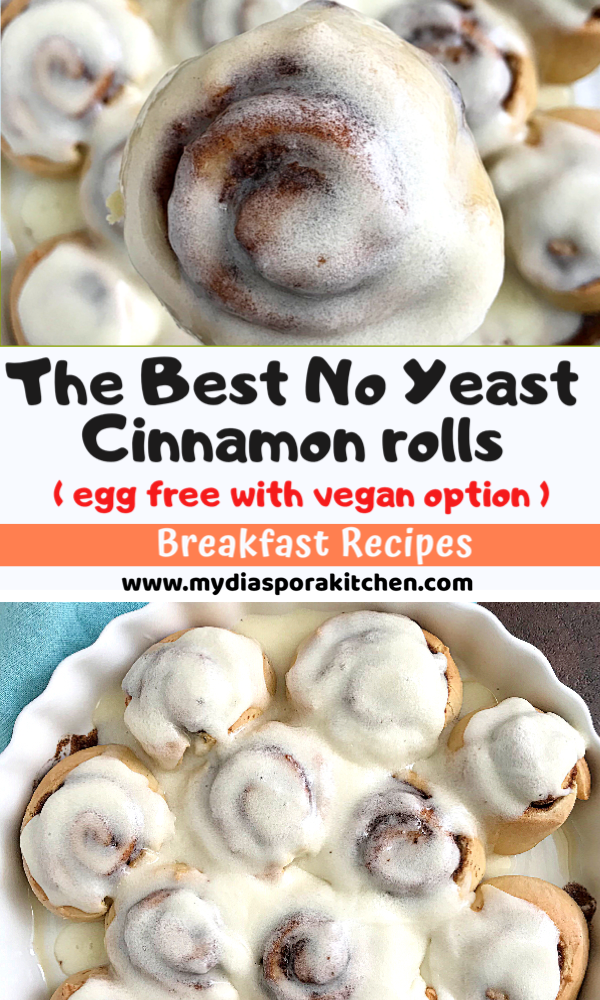 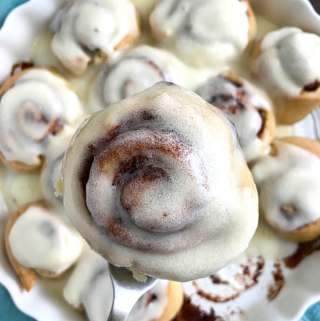 Chichi Uguru
These No Yeast Cinnamon Rolls are a quick and easy variation of our traditional cinnamon rolls. For the dough
No ratings yet
Print Recipe Pin Recipe

More recipes you may enjoy

So… what do you think? Cancel reply

This site uses Akismet to reduce spam. Learn how your comment data is processed.